Adeleye Ajayi was born in Lagos Island on October 18, 1965 into the family of Prince James Ade Ajayi, a devout Christian and Alhaja Mujidat Ajoke Ajayi of Ijebu Aiyepe, Ogun State. He is the second in a family of five boys.

Two weeks after his West African School Certificate Examination, he got a job with the Government Coastal Agency on Creek Road, Apapa, which transformed into National Clearing and Forwarding Agency (NACFA). Ajayi worked in Records, Baggage and Claims Sections of the agency. In the Baggage Section, he was assigned to clear goods like cars and container-laden goods belonging to government officials coming from overseas at the Lagos ports. He was in the agency from July 1980 to July 1982.

Ajayi resigned his appointment with the agency and proceeded to Abeokuta Continuing Education Centre (ABEOCEC) under the proprietorship of the late Femi Oyewole and late Dotun Oyewole of blessed memory to advance his education.

Ajayi did the National Youth Service programme in Oyo State at the Federal Radio Corporation of Nigeria (FRCN) Ibadan National Station -1989 to 1990.

In April 1991, he was employed as a pioneer member of the Editorial Team of Champion Business magazine in the stable of Champion Newspapers as a Reporter/Researcher. He was in the organisation till 1992 when he resigned his appointment.

Due to his meritorious service during the service year in FRCN Ibadan, In 1992, Ajayi was invited for an appointment interview which he passed. He was employed as a Sub-Editor.

In 1993, the management of FRCN Ibadan deployed him to Lagos as the Lagos Liaison Officer/State Correspondent of the station till 1994.

In December 1994, Ajayi resigned his appointment with FRCN Ibadan and joined Godenmic Commodity Export Company Limited where he worked as Operations and Marketing Manager of the firm handling exportation of cocoa to U.K. and processed wood for exports.

In 1996, he joined the News Agency of Nigeria (NAN) as an Economic Correspondent based on his background of export commodities market. He is presently a Deputy Editor-in-Chief in NAN.

In 2006, he gained admission into Lagos State University as one of the pioneer Post- Graduate students of Master in Communication Studies (MCS) where he was appointed as the Class Governor.

He also gained admission in 2007 to Ladoke Akintola University Ogbomoso where he read a course — Master in Transport Management (MTM) Shipping option.

Ajayi attended many local and international courses in Journalism.

He contested the Lagos NUJ Chairmanship election in 2017 and narrowly lost by 16 votes.

He loves music, travelling and tourism.

He is married and blessed with children. 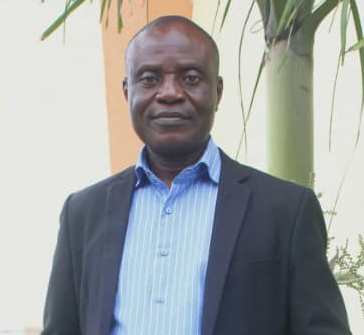 The Nigeria Union of Journalists (NUJ), was founded on March 15th 1955 in Lagos, the then Capital City of the Federal Republic of Nigeria.

The union had some early nationalists with the fire of patriotism and nationalism burning in them and their writings included the first Governor General of Nigeria, the late Owelle of Onitsha, the Rt Hon (Dr.) Nnamdi Azikiwe, the first Premier of the defunct Western Region, the late Chief Obafemi Awolowo, the late Sardauna of Sokoto, Sir Ahmadu Bello and Alhaji Tafawa Balewa; the late Herbert Macaulay and Chief H. O. Davies who with the launch of the Yoruba vernacular newspaper “Iwe Irohin ni Ede Yoruba”, founded by the late Rev. Ajayi Crowther in Abeokuta, in 1929, wrote powerfully, in their newspapers, columns on the need for Nigeria’s self-rule. The NUJ’s birth was linked to the struggle for the independence of Nigeria. The struggle, it would be recalled gave birth to many protest groups, all yearning for the country’s independence from the British. The groups came in various shades.